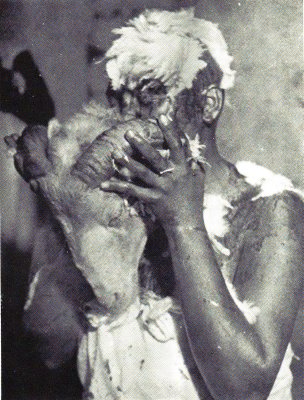 John Cussans’ talk “Bataille, Haiti and Vodou ” will discuss the influence of Haitian Vodou on the development of social psychopathology in Europe during the 19th century, from the theoretical legacy of Anton Mesmer, through Le Bon, Charcot and Freud, to the Revolutionary Surrealism of Georges Bataille and the Acephale group in the 1930s. The presentation will address the mythopoeic role of the Bois-Caïman ceremony in the story of Haitian Revoltion, its influence on sociological imagination of Europe in the forthcoming century, and the subsequent racialisation of the collective, revolutionary unconscious.

Lecturer in Contextual Studies and Critical Theory at Chelsea College of Art and Design. He completed a doctoral thesis – Revolting Subjects and Epidemic Disorder: Georges Bataille, Heterology and Broadcast Horror – at the Royal College of Art in 1996. He is currently working on a number of long term experimental projects exploring the parallel histories of paranormal research, clinical psychology, communication technologies and collective artistic practices.

An audio recording of this event can be heard here