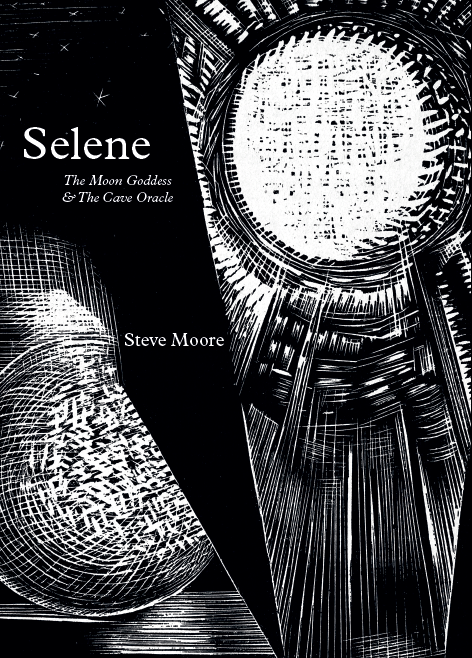 Waxing and waning and reborn with each new month, the Moon has always been the supreme symbol of cyclical change in the western world.

Metaphorical representations of the Moon’s goddess also seem to undergo similar changes, each new century reinventing her in its own image. For Hesiod, she was a distant figure in the celestial pantheon, to Keats she was an intimate muse; Selene’s recurring role in music, literature, and song is a powerful testament to our continued fascination with her myth.

A deeply erudite and meticulously researched survey, this book explores the perennial curiosity our closest orbital neighbor continues to instill, providing at once an unprecedented body of historical research and a critical armature for the author’s lauded prose reverie Somnium.

Despite the importance of the Moon to recent developments in esoteric scholarship and mythography, Selene doesn’t attempt to present a “Moon-Goddess for the twenty-first century,” but rather looks at the myths of one specific Moon goddess and how she appeared to the original creators of those myths in the literature of ancient Greece.

In doing so, Selene marks the point at which classical scholarship comes closest to a physical embrace with its ethereal subject matter.

With a foreword by Bob Rickard and an afterword by Alan Moore.

Until his death in 2014, Steve Moore wrote comic-books, novels and non-fiction, including Abslom Daak, Laser-Eraser & Pressbutton, Hercules and a study of the I-Ching, The Trigrams of Han. His novel Somnium, and a collection of high fantasy stories, Tales of Telguuth, were both published by Strange Attractor Press. He also had a long-standing editorial connection with Fortean Studies and Fortean Times, to which he contributed frequently from their inception. He lived in Shooter’s Hill, London.