Electricity of the Mind 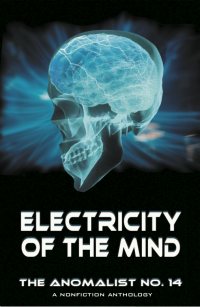 Aeolus Kephas examines the similarities between two of the 20th Century’s most popular and charismatic ‘literary shamen’ Carlos Castaneda and Whitley Strieber.

Mark Pilkington discovers that the first cinematic crop circle appeared three years before Doug Bower and Dave Chorley went to work in the fields of Hampshire.

Gary Lachman shares some thoughts on politics and the occult.

Richard Wiseman tells tales from his research into stage magic, including his discovery of the first ever film of a magic trick.

Tim Cridland takes a long, hard, critical look at the career of leading skeptic James Randi and some of the inconsistencies it seems to contain.