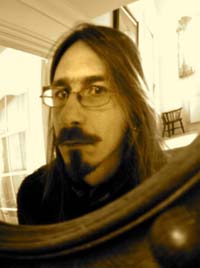 The time is right for psychedelia to undergo a critical and reflexive self-examination. Quite understandably given the legal situation, it has adopted a defensive attitude, seeing itself as a persecuted and misunderstood minority which, nonetheless, possesses privileged access to the truth. To question any of its tenets is to risk being branded ‘anti’, but not to do so, I would argue, is to leave ourselves open to the much more serious accusation of embracing irrationalism.

SA pal, Shroom! author and folk musician Andy Letcher is interviewed over at Psychedelic Press UK, a new/ish site that seems to be building up a potent head of steam.