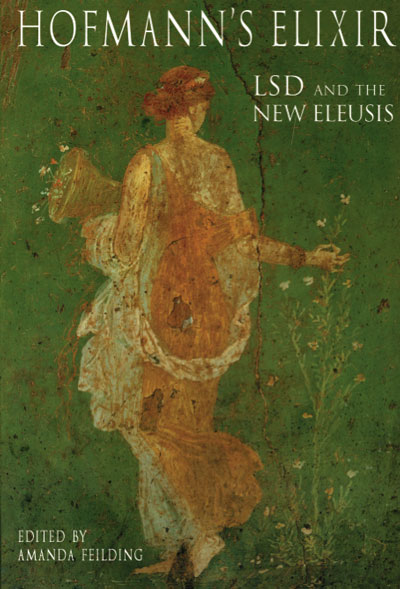 ‘Any scientist who is no mystic is no scientist.’ Albert Hofmann

Still lecturing until his death at 102, Dr Albert Hofmann would have been a remarkable man even if he hadn’t discovered the chemical compound that changed the course of the 20th century – LSD.  Voted the greatest living genius in a 2007 poll, the self-described ‘little Swiss chemist’ is as much loved and respected for his personal nobility and modesty as he is for his chemical creations, which besides LSD, include chemicals used every day in maternity and geriatric wards the world over.

This unique book collects, for the first time, a number of his more recent essays and lectures. Between them they present a comprehensive overview of Hofmann’s relationship to his controversial creation, and reveal his profound mystical outlook, informed both by his own LSD experiences, and by a life lived through one of the most turbulent centuries in human history.

The second section of the book contains essays and memoirs from some of the leading psychedelic thinkers of the 20th and 21st centuries, including Huston Smith, Myron Stolaroff, Ralph Metzner, Jonathan Ott, Stanislav Grof and Amanda Feilding.

The book is illustrated throughout with many rare photographs from the Hofmann archives.

Hofmann’s Elixir is at once an important cultural and historical document, and a rare glimpse inside a visionary mind.