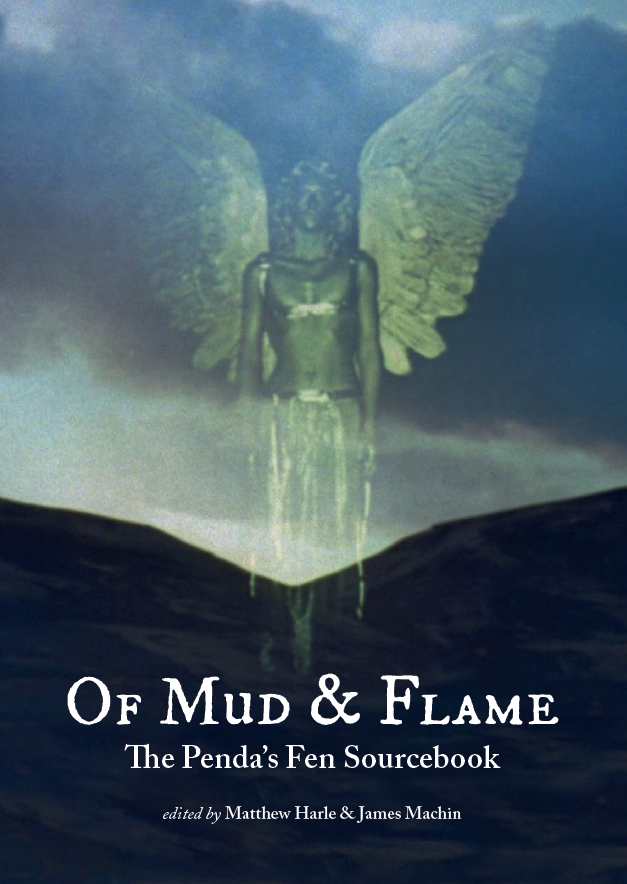 Child be strange, dark, true, impure and dissonant. Cherish our flame. Our dawn shall come…

In 1974, the BBC broadcast the film Penda’s Fen, leaving audiences mystified and spellbound. “Make no mistake. We had a major work of television last night,” The Times declared the next morning. Written by the playwright and classicist David Rudkin, the film follows Stephen, an 18-year-old boy, whose identity, sexuality, and suffocating nationalism unravel through a series of strange visions. After its original broadcast, Penda’s Fen vanished into mythic status, with only a single rebroadcast in 1990 sustaining its cult following. Penda’s Fen has now become totemic for those interested in Britain’s deep history, folklore, and landscape.

Of Mud & Flame includes insightful essays by scholars across a range of disciplines including television history, literature, theatre, and medieval studies. It also contains a wealth of creative contributions from contemporary writers and poets inspired by this unique cornerstone of Britain’s uncanny archive, as well as recollections from actors Spencer Banks and Christopher Douglas, and reflections from Rudkin himself. Together with this breadth of commentary, Of Mud & Flame also includes the full revised screenplay of Penda’s Fen, its first time in print since 1975.