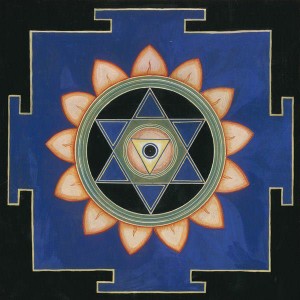 To order the CD please go to Lotushouse Records.

The album features an hour of exotica kosmische, and cover art by Leila Dear. Several of the tracks are live jams recorded on one afternoon in 2008, others are studio creations pieced together between 201o and 2013. The music was later mastered by Daniel O’Sullivan.

“In July 2005, a small package was delivered to an address in Stamford Hill, London for the attention of Mr Otto Amon and Mr Solomon Kirchner. The gentlemen who recieved the package have never revealed who sent it to them or what was inside it but a body of urban myth has grown up around the Lapis or Ovoid that was rumoured to have been seen in various locations around London, from Frognal to Fitzrovia.

“We are told that Amon and Kirchner subjected the Lapis to broad and narrow range frequencies in Pythagorean clusters which caused the object to “sing” or “recite”. We are also told that for five or six years, in spite of their efforts, the lustreless surface of the Ovoid could not be broken.

“The object, whatever it was, has never surfaced in the collectors’ market, and its recipients have maintained their silence. Whether their newly released recorded collaboration, Man Woman Birth Death Infinity, affords any clues, we cannot honestly say. more info at Raagnagrok.co.uk