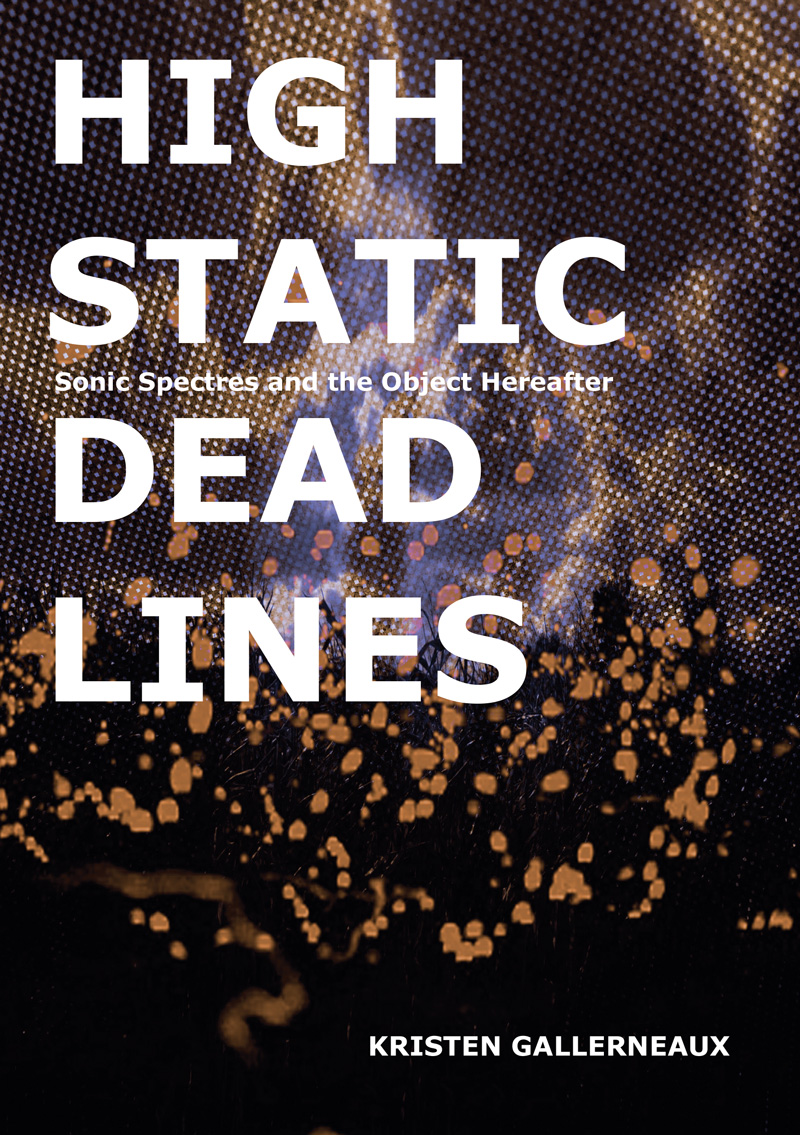 High Static, Dead Lines is one of the most imaginative books to contend with sound in recent memory. Its labyrinthine explorations creatively mirror the strange and often baffling phenomena they describe. Geeta Dayal

Trees rigged up to the wireless radio heavens. A fax machine used to decode the language of hurricanes. A broadcast ghost that hijacked a television station to terrorize a city. A failed computer factory in the desert with a slap-back echo resounding into ruin.

In High Static, Dead Lines, media historian and artist Kristen Gallerneaux weaves a literary mix tape that explores the entwined boundaries between sound, material culture, landscape, and esoteric belief. Essays and fictocritical interludes are arranged to evoke a network of ley lines for the “sonic spectre” to travel through—a hypothetical presence that manifests itself as an invisible layer of noise alongside the conventional histories of technological artifacts.

The objects and stories within span from the mid-nineteenth century to the present day, touching upon military, communications, and cultural history. A connective thread is the recurring presence of sound—audible, self-generative, and remembered—charting the contentious sonic histories of paranormal culture.

Kristen Gallerneaux is a writer, folklorist, and artist. She has published on topics as diverse as mathematics in midcentury design, the visual history of telepathy research, the world’s first mouse pad, and car audio bass battles in Miami. She is also Curator of Communications and Information Technology at the Henry Ford Museum in Dearborn, Michigan, where she continues to build upon one of the largest historic technology collections in North America.