The Surrender of Silence 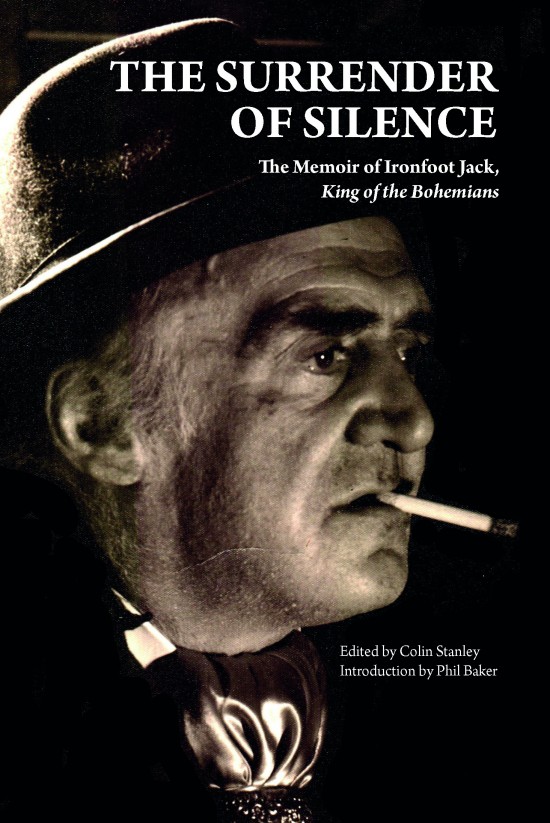 The Memoir of Ironfoot Jack, King of the Bohemians

“The Surrender of Silence will be the greatest book ever written on Bohemians in Europe—not fiction but reality; the life I chose to live.” Ironfoot Jack

“I became acquainted with gipsies, with show people, with buskers, with people who entertained the public by performing in the city, on fair grounds and market places and with a variety of ‘fiddles’—that is, some dubious methods of obtaining the means of life. I became a member of this fraternity.”

Escape artist, fortune-teller, author, cunning man and raconteur “Ironfoot Jack,” aka Jack Rudolph Neave (1881–1959), the self-styled “King of the Bohemians,” was a well-known Soho character in pre- and postwar London. This, his rich and enthralling story of a lifestyle now gone forever, was dictated as his portrait was being painted in 1956. It vividly describes his life on the streets and his many exploits, including establishing The Caravan Club in 1934, considered the first gay-friendly nightclub in London.

Neave’s unpublished manuscript was discovered amongst cult author Colin Wilson’s papers by his bibliographer Colin Stanley, who assembled and annotated the text, which is presented here for the first time, accompanied by a contextual introduction by cultural historian Phil Baker.

“The Surrender of Silence is the outcome of years of struggle to survive; of solving the problem of existence by various and curious methods… Most of the people I am talking about led a precarious life and obtained their livelihood from day to day…. They worked to live; they did not live to work.”