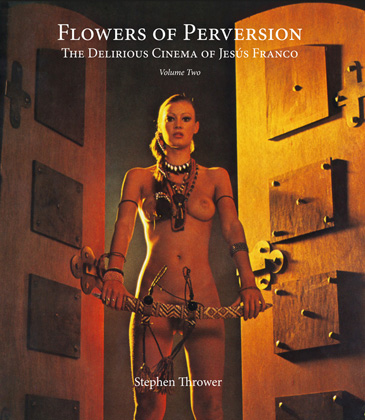 Available in Standard and Collectors’ Editions. The Collectors’ Edition of 500 copies is signed and numbered by Stephen Thrower and features specially designed boards, a different dust jacket image, a set of colour postcards, and… 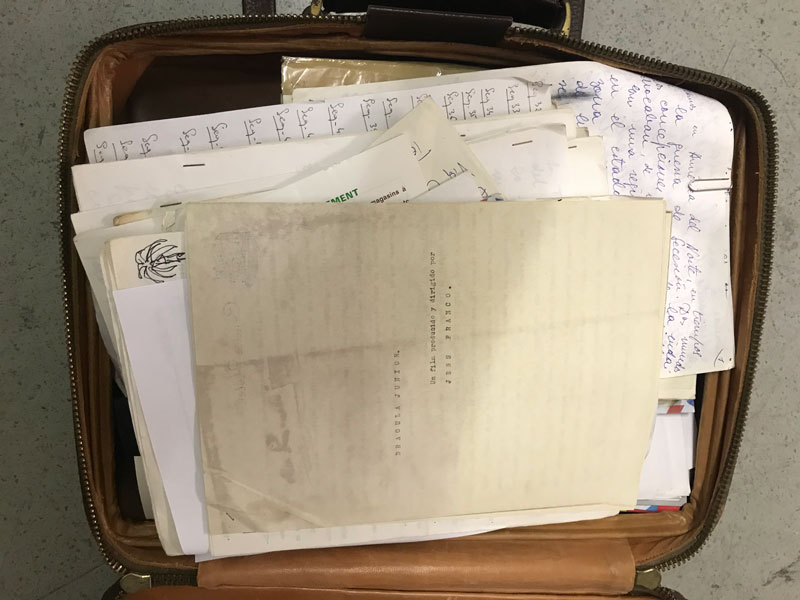 The Sinister Case of Dr. Franco
A 100 page, hardbound book, featuring a facsimile of items left behind at Hotel Quetzal in Southern France during the shooting of Mandinga in 1975. Jess and Lina Romay left the hotel in a hurry abandoning a suitcase containing numerous script treatments, story outlines and poster ideas, all of which are reproduced, annotated and made public here for the first time. This is a unique opportunity to own a piece of cinematic history and will not be repeated.

This one-off publication, presents a detailed cross-section of Jess Franco’s seething imagination and hectic filming schedule at the crest of his career.

The second volume in Stephen Thrower’s monumental study of Jess Franco’s cinematic delirium, covering the years 1975 to his death in 2013.

Jesús “Jess” Franco is an iconic figure in world cinema. His sexually charged, fearlessly personal style of filmmaking has never been in vogue with mainstream critics, but for lovers of the strange and sado-erotic he is a magician, spinning his unique and disturbing dream worlds from the cheapest of budgets.

Stephen Thrower has devoted many years to examining each and every known Franco film, second only to the maestro himself. This book—the second in a two-volume set—delves into the latter half of Franco’s career, covering films that have never received critical appraisal before, as well as exclusive interviews with Franco collaborators including Antonio Mayans, Juan Soler, Katja Bienert and Monica Swinn.

In the world of Jess Franco freedom was the key, and he pushed at the boundaries of taste and censorship repeatedly, throughout an astonishingly varied career spanning sixty years. The director of more than 180 films, at his most prolific he worked in a supercharged frenzy that yielded as many as twelve titles per year, making him one of the most generative auteurs of all time.

Thrower shines a light into the darkest corners of the Franco filmography and uncovers previously unknown and unsuspected facts about their casts, crews, and production histories.

Unparalleled in scope and ambition, Flowers of Perversion brings Jess Franco’s career into focus with a landmark study that aims to provide the definitive assessment of his labyrinthine film universe.

Murderous Passions, the first volume of this set, will be reprinted in Spring 2019 in full colour.