Frequency is The New Ecstasy 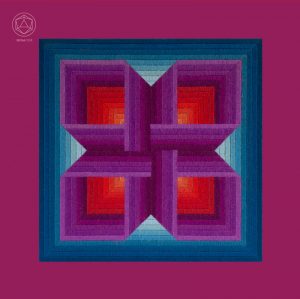 TELEPLASMISTE
Frequency is the New Ecstasy

“Operating at the highest possible level. Outer Space, in fact.”
– The Wire

“Comprehensively mind-bending.. envelope time and space through the essential purity of all-consuming sound.”
– The Quietus.

“Spacey, in all the good ways. Inner Spacey. And Psychedelick as the day is looooooooooooong. You can’t tell where it’s from, this lilting music, but it’s definitely not here…”
– Freq

“As revelatory an experience as it was an enjoyable one… I am being moved as I write towards joining an almost celestial choir, where the animal angels are screaming an alien song to strange gods… The ecstasy of the title is gradually built. It consumes. It is a beautiful sound that lifts my day as I listen.”
– International Times

The union of two creative forces with notable experience in the esoteric, Teleplamiste have emerged with a debut album of magical intensity and ecstatic fortitude. Frequency is the New Ecstasy conjures an audial liminal zone in which ancient methods and futuristic visions collide and collude.

This duo is formed by Mark O. Pilkington, whose work has extended from publishing countercultural and arcane literature with Strange Attractor Press to summoning rural drone reveries with Urthona, and Michael J. York, who brought his wide knowledge of traditional wind instruments to bear in bands that include Coil, Cyclobe, Guapo and The Stargazer’s Assistant. The duo blur vintage synthesis and contemporary electronics with acoustic pipes to create a transcendent reverie that exists on a wavelength beyond both retro fetishism and modern-day machinations.

These six long, meditative pieces map out and extend into the infinite a pathway from the eerie realm of mid-twentieth century radiophonics, and the work of minimal iconoclasts like Daphne Oram and Else Marie Pade, through the kosmische music of the ‘70s such as Cluster and Tangerine Dream to contemporary modular synthesists such as Keith Fullerton Whitman and Lichens, following a vision imbued with power and singularity. Heavy ambience and otherworldly atmospherics marry here amidst an aura of epiphanic radiance.

Rich, transporting and thoroughly immersive, Frequency is the New Ecstasy is a thing of trance states both euphoric and unheimlich.