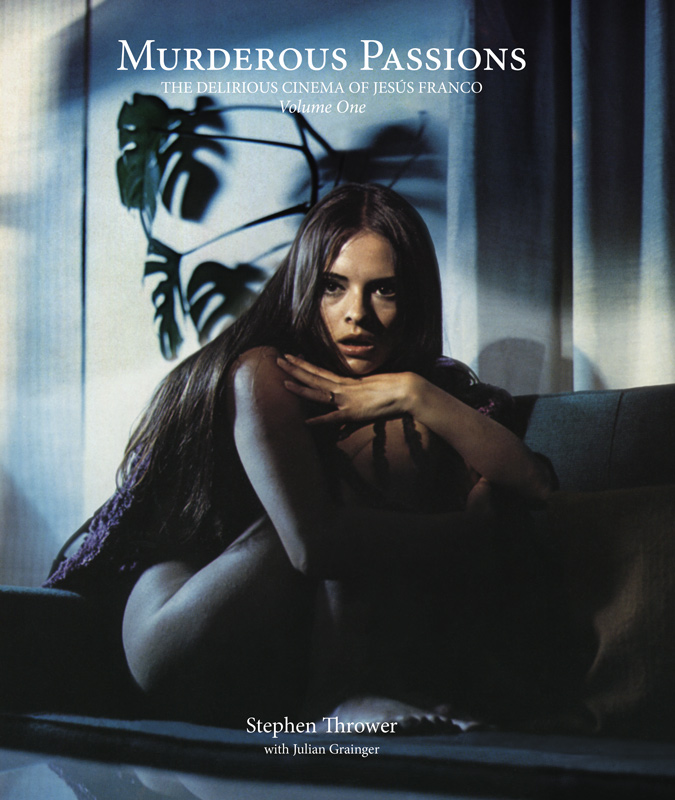 We are now opening up pre-sales for a new reprint of Stephen Thrower’s much sought after study of Jess Franco’s early films.  This will be identical to the out-of-print 2019 edition. Please note that we still have a few copies of the special edition of Volume 2, Flowers of Perversion, available here.

Due to the high cost of printing this 512-page, full colour, volume, we will need to pre-sell a certain number of copies before we can go to press. However, given the demand for the book, we’re confident that copies will be available towards the end of the year. Please be aware that you can order with confidence, and request a refund at any time until we have gone to press.

All pre-sale copies will come with an illustrated  bookplate signed by Stephen Thrower.

Jesús Franco was a fascinating, iconic gure in world cinema. A passionate believer in artistic and sexual freedom, he constantly tested the boundaries of taste and censorship during an extraordinary career spanning sixty years and more than 170 films.

His delirious spontaneity turned the raw basics of popular cinema – sex and violence – into an avant-garde whirl of sensations. Franco’s taste for the kinky and horrific, his idiosyncratic visual style, and his lifelong obsession with the Marquis de Sade, birthed a whole new strain of erotica.

Originally published in 2015,  Murderous Passions delves into Franco’s career from 1953 to 1974 (a second volume, Flowers of Perversion, covers 1975 to 2013). Assisted by esteemed critic and researcher Julian Grainger, Thrower shines a light into the darkest corners of the Franco filmography, uncovering a wealth of new information. Unparalleled in scope and ambition, this revised and updated edition of Murderous Passions contains eighty more pages of images, many in colour, and a thorough index.

Stephen Thrower is the acclaimed author of Flowers of Perverison, Beyond Terror: the films of Lucio Fulci and the ground-breaking Nightmare USA: The Untold Story of the Exploitation Independents.