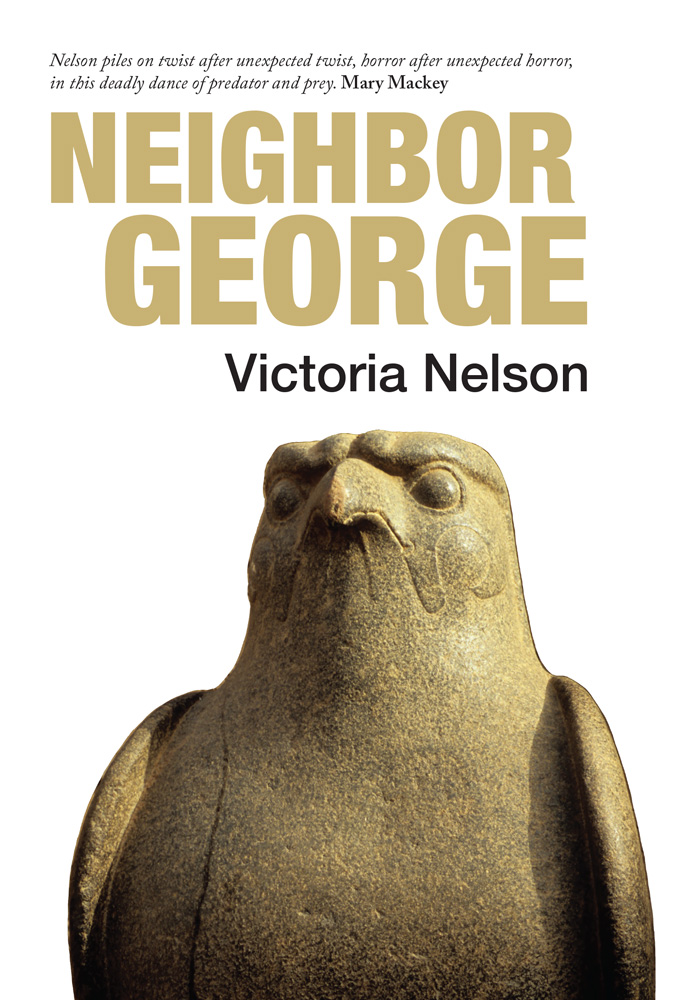 “A compelling and wittily written tale where omens lie low in the elegant prose before it gathers monstrous menace and then raises us towards mystery and awe.”
Ramsey Campbell

“If ever there were a beach read of the weird, it’s NEIGHBOR GEORGE”
Weird Studies.

Summer, 1979: A lonely young woman housesitting in an isolated bohemian enclave finds troubling reminders of a past family tragedy surfacing in odd and unsettling ways. When a mysterious man moves in next door, Dovey hopes for a romance like the ones in the novels she secretly devours. But a dark truth, hidden since childhood, erupts shockingly in a violent otherworldly intrusion, catapulting her into a desperate struggle for her life and sanity.

Set in a haunted northern California landscape populated by poets, New Agers, stoners, and burnouts, Neighbor George is a deeply atmospheric story of psychological horror enacted in the space where the natural and supernatural collide, a mythic territory of possession shared by its comic companion tale, Bolinas Venus, also included in this volume.

“[Neighbor George] plays with and subverts the calculus of desire… deconstructing it psychologically and as a genre, as Gothic Romance gives way to Gothic Horror… The novel draws its marvelous sense of atmosphere from the years Nelson lived in the West Marin town of Bolinas in the late 1970s, and her feel for the dark side of its poetry Bohemia is clearly hard earned… The story goes through  some marvelous twists and turns—including one literal twist and turn that punctures the everyday veneer of the story with unsettling anomaly, and that now seems to have taken up a permanent home in my memory palace of Weird lit.” Erik Davis, author of High Weirdness

“This is not just a horror novel, not just a coming-of-age psychological thriller, but (like all of Victoria Nelson’s work) it subverts and questions the trappings – the very roots – of genre. It is deeper than death or initiation alone – rather it’s about what is written in our bodies from the other side, before we are born, in the womb, and how we are messengers in that way, to the outer world. And the ways we cover up the old injuries until the time comes to re-open and heal them. And within that personal – and collective, AND seemingly impossible – struggle for autonomy and truth, we find our power – in that we attempt it at all.”  Sibyl Kempson, playwright.

ABOUT THE AUTHOR
Victoria Nelson is the author of two acclaimed cultural histories of the supernatural, The Secret Life of Puppets and Gothicka, two collections of short stories, and a memoir. She edited the Robert Aickman collection Compulsory Games for New York Review Books.