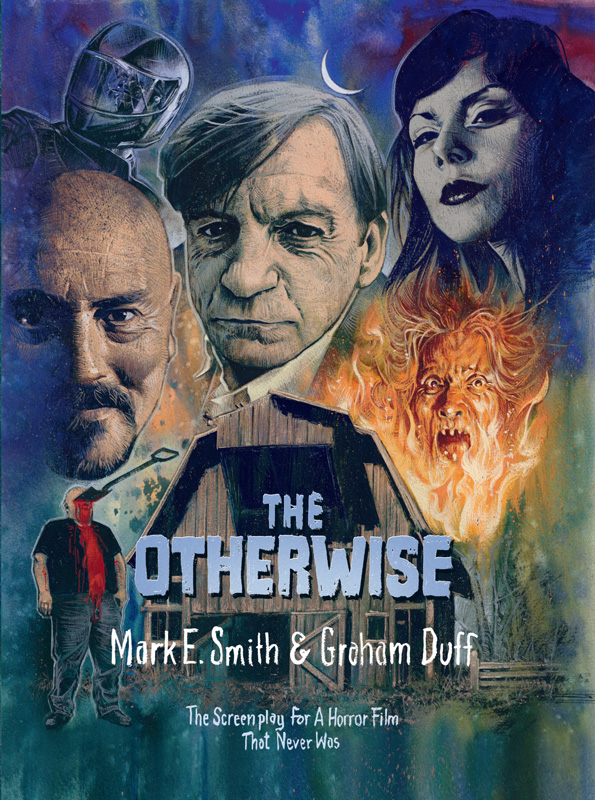 Signed HB edition of 500 copies, with bonus 128pp paperback, The Future’s Here to Stay: The Singles of The Fall, and postcards.
–£35.

THE SCREENPLAY FOR A HORROR FILM THAT NEVER WAS

“Read The Otherwise and shed a tear for one of cinema’s great, long-lost screenplays.”   Ben Wheatley

Special edition shipping from 14 May, paperbacks will be in global distribution by mid-June. 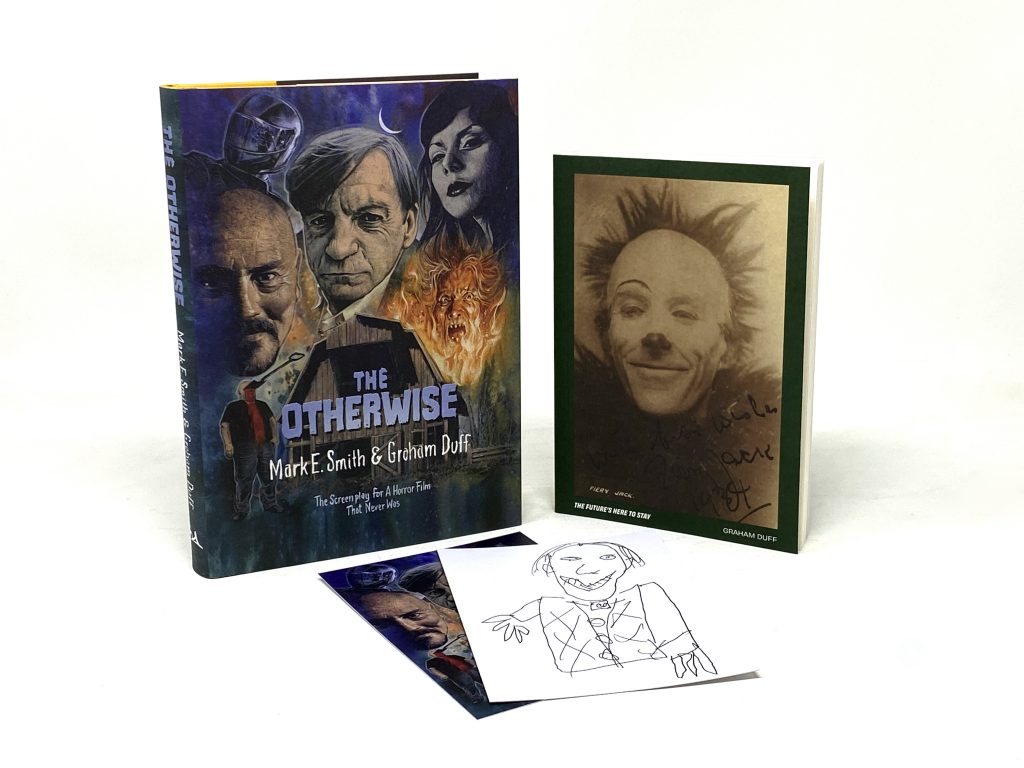 In 2015, Mark E. Smith of legendary post-punk group The Fall and screenwriter Graham Duff co-wrote the script for a horror feature film entitled The Otherwise.

The Fall are recording an EP in an isolated recording studio on Pendle Hill. The surrounding Lancashire landscape is at the mercy of a Satanic biker gang, and haunted by Scottish clansmen who have slipped through time from the Jacobite Rebellion of 1745.

Every film production company they showed it to said it was “too weird” to ever be made. Yes, The Otherwise is weird. It’s also witty, shocking, and genuinely scary. Now the screenplay is published for the first time, alongside handwritten notes and previously unpublished photographs by Jim Moir and Smith’s widow and Fall keyboardist Elena Poulou.

Also within are essays by Duff and Poulou, and transcripts of conversations between Smith and Duff, in which they discuss creativity, dreams, musical loves (from Can to acid house) and favourite films (from Britannia Hospital to White Heat).

The hardback edition of 500 also comes with a copy of Graham Duff’s 128 page paperback The Future’s Here to Stay: The Singles of The Fall: 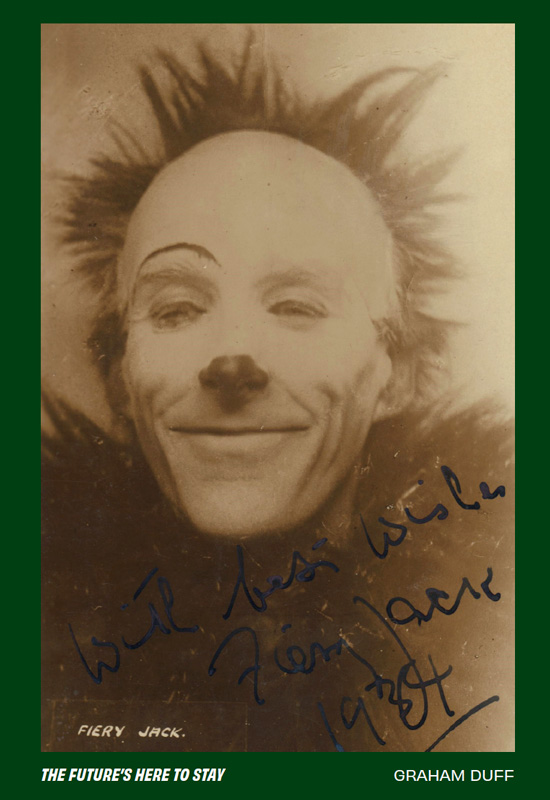 With Manchester’s visionary frontman Mark E. Smith as their one constant, The Fall were the most individual and influential group of their era. From post punk angularity to mutant rockabilly and machine-driven garage rock, via slanted Northern pop, The Fall were one of Britain’s last great singles bands.

As well as their own unmistakable songs, The Fall’s single discography also takes in a panoramic range of cover versions, including the psychedelia of The Move, the northern soul of R. Dean Taylor, the country rock of George Jones, the quintessential Englishness of The Kinks and William Blake’s ‘Jerusalem’.

Covering a diverse and thrilling run of over 50 releases between 1978 and 2016, Graham Duff has interviewed key members of The Fall, including Marc Riley, Elena Poulou, Simon Wolstencroft, Keiron Melling, Una Baines, Tim Presley and Paul Hanley.

MARK E. SMITH was the vocalist with the influential Manchester post-punk group The Fall.  From 1979’s Live At the Witch Trials to 2017’s New Facts Emerge, The Fall released over 30 albums, over 50 live albums and over 50 singles. Smith was their
one constant, until his death in 2018. Outside The Fall, he wrote the play Hey! Luciani: The Life and Codex of Pope John Paul I and the ballet I Am Curious Oranj, as well as releasing two spoken word albums and publishing two books of lyrics.  He was also the subject of the BBC documentary The Wonderful and Frightening World of Mark E. Smith.

GRAHAM DUFF has created and written numerous TV programmes including the horror anthology series The Nightmare Worlds of H.G. Wells, the drug dealer sit-com Ideal, and the horror comedy series Dr. Terrible’s House of Horrible.  He wrote the Radio 4 sci-fi sit-com Nebulous, script edits Count Arthur Strong’s Radio Show! and adapted Alexei Sayle’s short stories for The Absence of Normal.  He presents Graham Duff’s Mixtape and is the author of Foreground Music: A Life in 15 Gigs and The Future’s Here To Stay: The Singles of The Fall.