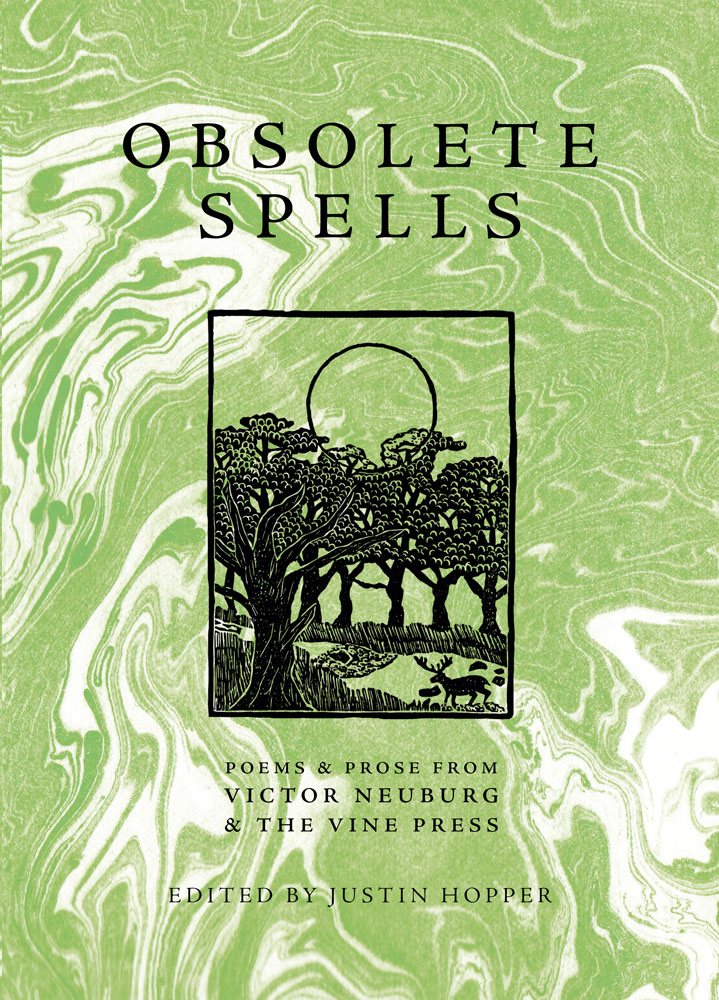 Poems and Prose from Victor Neuburg and the Vine Press 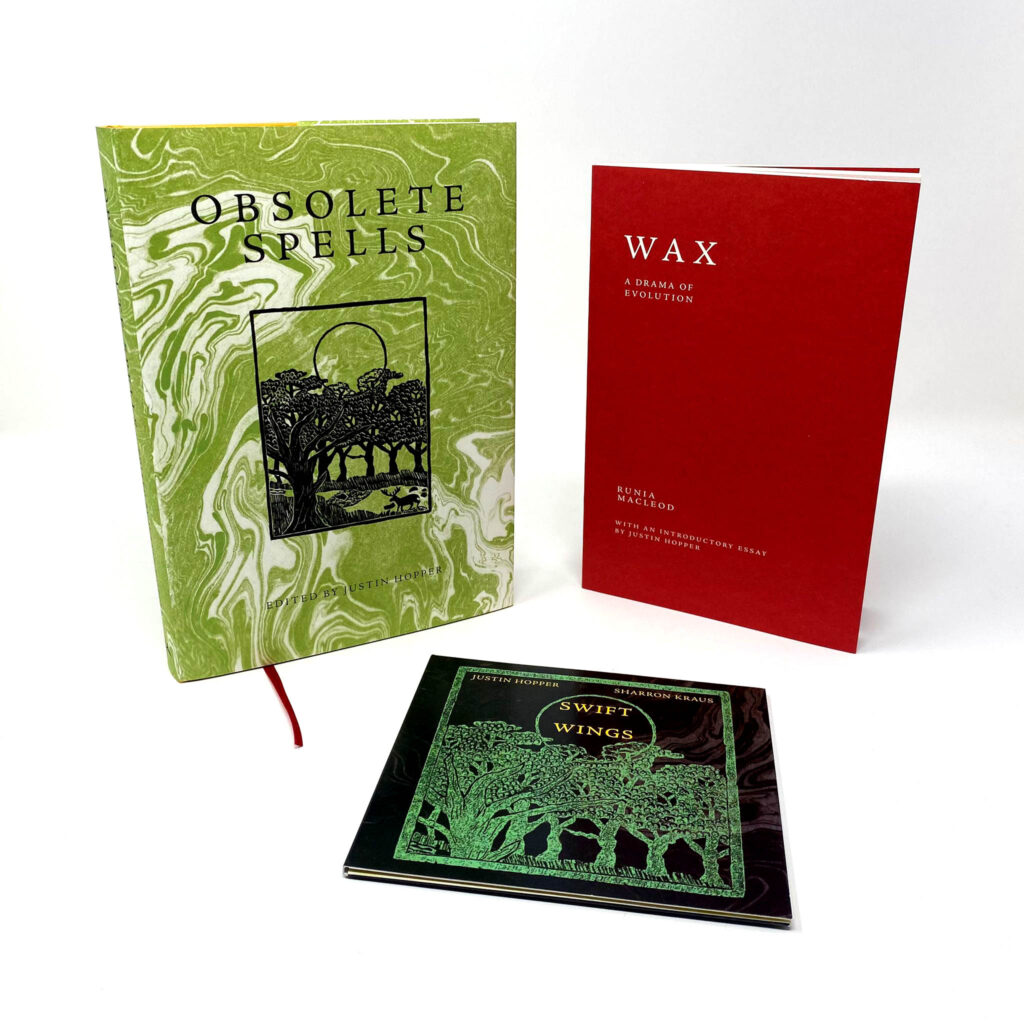 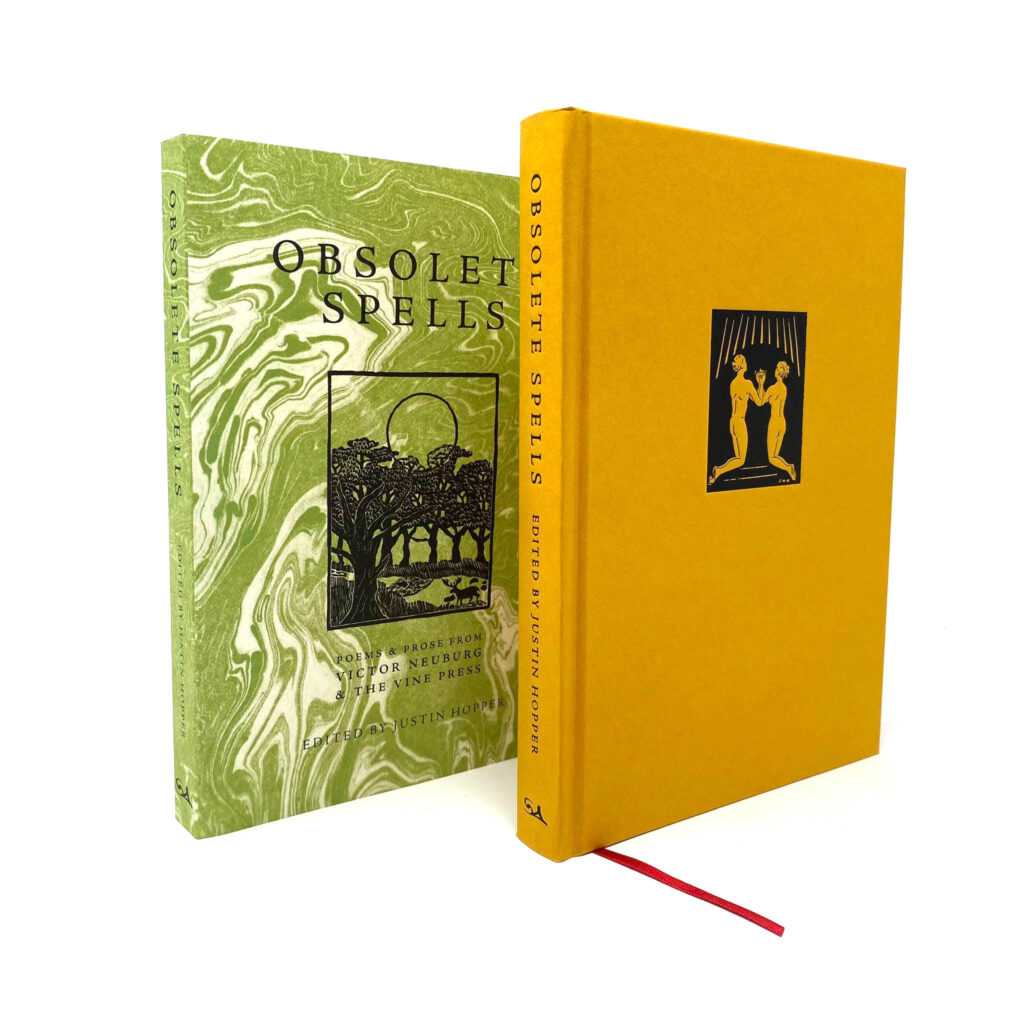 This was the omen: Woe. An age to die,
I the last victim. So I passed from them
For ever, and I haunted the dark hem
Of the forest, for an age ere birth to rove,
The sacred Victim of an Holy Grove.
Then was I born anew; from that old birth
I culled this vision of forgotten earth.

Victor Neuburg had two claims to fame: he discovered Dylan Thomas, and
Aleister Crowley once turned him into a camel.

Obsolete Spells presents another side of Neuburg, through his own earthy-yet-diaphanous poems and the strange books of the Vine Press, a hand-operated imprint he ran from his West Sussex cottage between 1920 and 1930.

As a printer and publisher, Neuburg acted as a conduit for bohemian writers and arts luminaries, and those dedicated to experimental living: Peter Warlock set his words to music, singer Marian Anderson lived in his spare room, and he was a fixture at his local utopian free-love community, the Sanctuary. Through it all, he turned the handle on the Vine Press, publishing books of nature writing and folksong; neo-pagan poems and utopian philosophy; hymns to Old Gods and paeans to love and wonder.

Obsolete Spells offers selections from every Vine Press book, including texts by Neuburg and many others, most of which have been out of print for a century. Introductory essays by editor Justin Hopper, a foreword by Richard McNeff and an afterword by Margaret Jennings-White (daughter of author Rold White) round out this unique glimpse into a lost literary idyll.