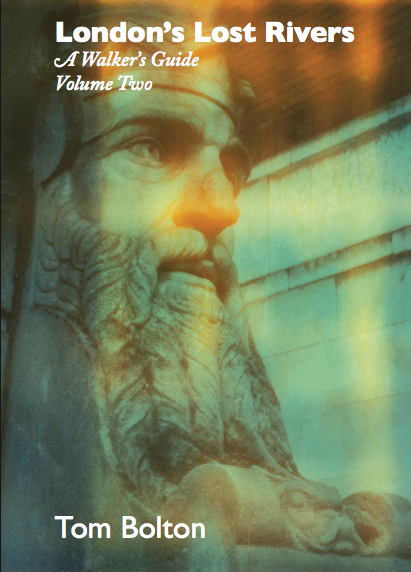 “Tom Bolton carves out his own channel with some proper hardcore research and a wealth of detail, all beautifully written up into walking routes. He’ll have you looking for dips in the road, listening at drain covers and analysing street names in search of buried water.” Londonist

A Second Journey in Search of London’s Lost Rivers…

Below the pavements, out of sight, a network of secret rivers pulses beneath the capital’s busy pavements. This second volume of London’s Lost Rivers explores eleven more rivers that have been buried, hidden or mislaid across the city — watercourses that have been culverted, placed in tunnels, or diverted into the sewer system. But while they may be hidden from view, clues remain, and this book will show you how to find them.

These walks trace the routes of buried rivers, tracking the impression they have left on the landscape and cityscape of London. Walks include the little-known Cock and Pye Ditch that shaped Covent Garden, Tottenham’s Moselle River (not to be confused with the French version), the East End’s unsavoury-sounding Black Ditch, and the mysterious channels of the Stamford Brook which hold West London in a tangled embrace.

Accompanied by SF Said’s haunting and evocative Polaroid photographs, this guidebook tracks routes that are recorded on no map, stripping back the layers to reveal London’s veins and arteries.

Tom Bolton is a researcher, walker and photographer who has lived and worked in London since 1996. He also writes online about theatre and music. His second book, Vanished City: London’s Lost Neighbourhoods, and the first volume of London’s Lost Rivers, are available now from Strange Attractor Press.