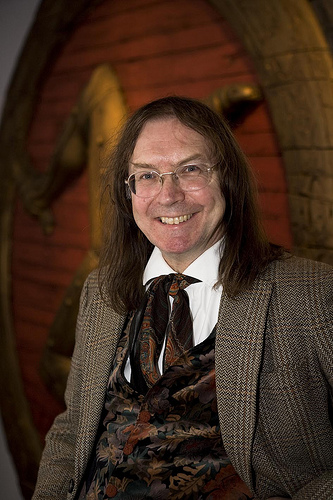 While there is no decisive evidence to substantiate the existence of Pagan witchcraft before Gardner, many Pagan witches would say that this is because their religion was secret and passed down via oral tradition. What are we to make of claims regarding oral tradition?

I have no interest in contesting the claims of modern Pagans to represent a secretly surviving tradition, as long as the practitioners do not attack me or offer any actual historical evidence for scrutiny. If they do neither, then they are effectively standing outside history and are not the concern of a historian. I regularly read articles by contemporary witches, expounding one system or another which they say has been passed down through their family or their initiatory tradition for centuries, and offering no evidence to support this claim. They are no concern of mine, and it is open to others to believe or disbelieve them as they will. Gerald Gardner’s Wicca was, however, based on specific historical evidence, above all the early modern trials, and academic framework of interpretation of it, which were very much the business of historians.

If modern Pagan witches do not represent a continuation of a religion that survived the Witch Hunts and can be traced back to the pre-Christian era, then what is our lineage?

… I have taken direct issue with the view generally held by academics that there were no links between ancient and modern paganism at all. In reply I identified no less than four cultural streams which connected the two: ritual magic, cunning craft, folk rites, and (above all) the persistent love affair of Christian culture with the art and literature of the ancient world. All these streams of images and ideas were, certainly, maintained between the early medieval and modern periods by people who were at least nominally Christian, but none the less they were preserved. The great development of the modern age was for them to be filtered back out of general Christian culture and recombined with an active allegiance to pagan deities to produce a revived and viable set of Pagan religions.