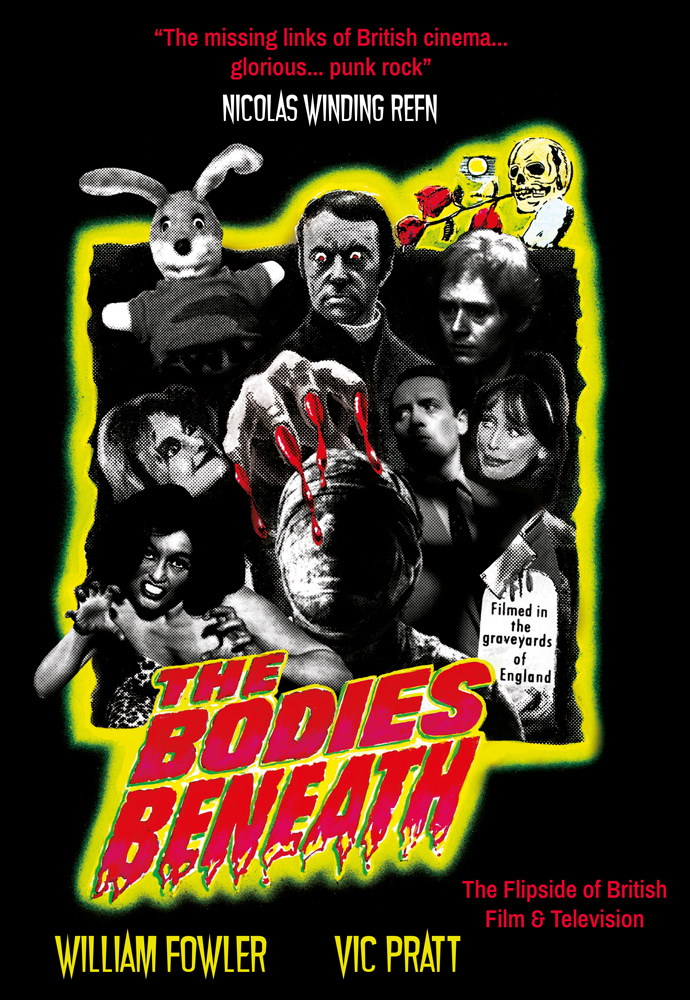 “Compiled with love and a true fan’s passion for the subject matter… one tidy little volume that feels solidly academic and readily accessible to all in equal measure.”
The Irish Times

JOIN US ON THE FLIPSIDE…

Some cinematic paths lie neat and well-tended, others are ominously overgrown and ignored. Dig down deep to find the bodies beneath…

Veteran film curators William Fowler and Vic Pratt crack open the caskets of forgotten or neglected British films and telly to serve up a feast of curiosities to tempt the palate of even the most jaded cinephile. Their unflinching, all- embracing investigative gaze is as likely to reassess an established classic as it is to focus on cobweb-covered delights like pioneering 1930s female film director Mary Field’s beautifully bizarre The Mystery of Marriage, the much- maligned Doctor Who epic ‘The Trial of a Time Lord’, underground offerings like Anna Ambrose’s experimental art piece Phoelix and Andy Milligan’s bawdy bloodbath The Body Beneath.

All is grist to this monstrous mill, as the authors tamper with outmoded video formats and meddle with magenta-bias safety film in their mission to finger- paint an entirely unexpected, highly irreverent and thoroughly personal picture of film and television culture in twentieth-century Britain.

William Fowler and Vic Pratt are both film archivists, writers, and curators, and have programmed numerous cinema screenings at venues internationally. In 2006, they co-founded The Flipside initiative at the British Film Institute. Every month for seven years, they presented weird and wonderful, offbeat, unseen and outrageous film and television, welcoming a host of acting and directorial talent.

Will and Vic write regularly for many different film publications and anthologies, and contribute programme notes for screenings, DVD and Blu- Ray releases including the BFI Flipside label.