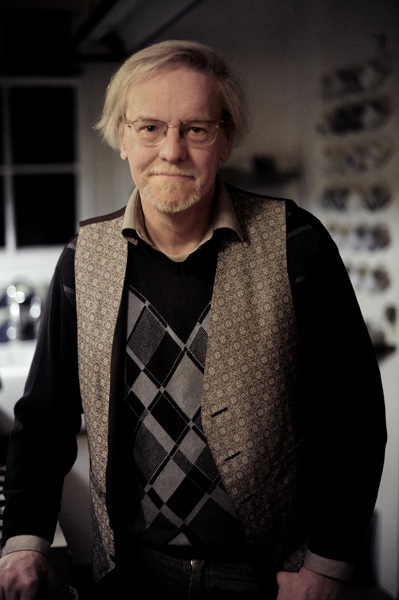 ‘I was born at the full moon atop a crescent-shaped hill, the main mineral found (t)here being selenite, and I have a slightly rough-edged crescent birthmark on my left forearm … so I was obviously destined to be either a werewolf or a lunatic.’  Steve Moore, 2011

We’re deeply sad to announce that Steve Moore, author of Somnium and a  regular contributor to Strange Attractor Journal, passed away over the weekend, under a beautiful Spring full Moon.

Steve was a warm, wise and gentle man, with a surreal sense of humour and an astoundingly deep knowledge that covered history, the I Ching, forteana, magic, oriental mysticism, martial arts cinema, science fiction, underground comics and worlds more.

Steve was amongst the earliest members of the Gang of Fort, who launched Fortean Times magazine in the early 1970s, and later edited its scholarly journal Fortean Studies. He was also the author of a great many influential comics and short stories for publications including 2000AD, Warrior, Dr Who magazine and, most recently, the Hercules series for Radical Publishing. At the time of his death he was working on a number of new projects, including his ongoing, privately published Tales of Telguuth and The Bumper Book of Magic, with his lifelong friend Alan Moore.

In 2011 Steve gave a rare interview to Aug Stone of The Quietus, while Alan Moore’s book and album project, Unearthing, explored Steve’s life, their friendship and their magical relationship in great detail.

Steve and Strange Attractor had recently been discussing a paperback edition of Somnium, as well as a collected Tales of Telguuth, and we hope to be able to make these available, in Steve’s honour, in the near future.

‘Pay attention to his spectacles, refracted light turning the puzzled eyes beyond the lenses into abstract clots of pearl and white. Just change the point of view a little, move an inch or so to one side or the other and the optical illusion fails… There’s nobody there, was never anybody there except a fluctuation in the visual purple, a perceptual misunderstanding, trick of moonlight.’
Alan Moore, Unearthing