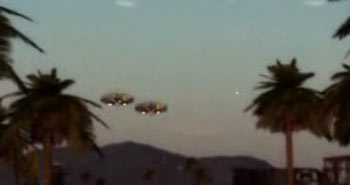 We’ve seen quite a run of attention-sapping UFO videos this year. Now, finally, someone has done what nobody else could be bothered to do, and identified the creator of the last batch, which showed impressively realistic saucers flying over Haiti and the Dominican Republic.

An LA Times article reveals that the films are the work of video artist ‘Barzolff814’, who created the UFOs to demonstrate his CGI skills as part of a pitch for an upcoming French SF film. To further show off his abilities Barzolff has concocted a nice short set in a Paris street, which can be found on the LA Times site. 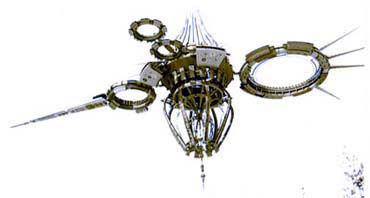 So, case closed, it would seem, but we’re still waiting to find out who or what is behind the ‘Isaac/CARET’ drone videos (above) that have had the UFO community abuzz since they first appeared in May.

UFO commentators have frothed apoplectic (actually a very interesting, if extremely paranoid piece by Colin Bennett) over the videos and accompanying documents, but a number of observers think that all will be revealed on 25 September with the much hyped release of alien-themed video game Halo 3.

Certainly CARET’s elaborate, slowly unravelling narrative points towards a well-funded advertising campaign, and the document design is firmly of this Earth. As one designer friend commented, “it looks like an early 1990s techno album sleeve”.

Ultimately, does it matter? There’s little difference between such a well-targetted viral advertising campaign and ‘genuine’ government disinformation, and I suspect that these days the intel agencies would outsource any such work to an ad company anyway rather than do it in-house. I’ve often wondered how many Hollywood CGI and special effects wizards have been hired to do government work…

Hmm, wasn’t there a film about that?